Catherine Debard has roots in Montreal’s experimental music scene, a community in which she has been actively involved for several years. Under the moniker YlangYlang, a solo project she has developed since 2012, she has released records internationally on labels such as Crash Symbols (USA), Phinery (DK), Fluere Tapes (SE) and ΠΑΝΘΕΟΝ (RU). She has also created and produced video game soundtracks for Montreal artist Palgal, audio hypnosis sessions for Ascension Hypnosis, she has presented an audio installation at Centre Clark, Montreal, and has given many creative music workshops. Debard has toured extensively in Canada, and has performed at international music festivals including Suoni Per Il Popolo, Mutek Montreal, Electric Eclectics, Strangewaves, Tone Deaf. In 2019, she was part of Red Bull Music Academy at the National Music Center, in Calgary and has participated in a workshop with Suzanne Ciani.  https://ylangylangylang.com/ 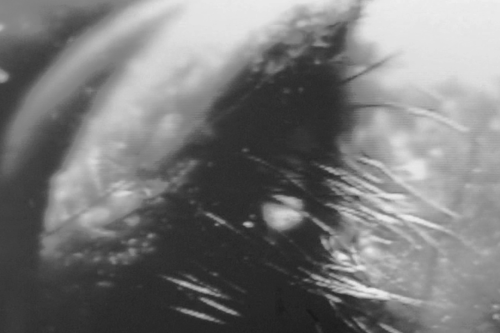 ORGAN RHYTHMS UNDER THE RAIN

Endless days of cold snow.
The crisp air hugs my body,
The trees I live next to
remain dormant throughout the winter.
I stare up at them, excited to see the Spring shift.
I tell them, I love you.
I'm waiting for Spring.
I'm waiting for Organ Rhythms Under the Rain.

Sound : "organ rhythms under the rain" (3:46)
stefan @spirodon christoff, organ
https://soundcloud.com/spirodon
released on "tape crash" the edition is # 12 released by old bicycle records, featuring a solo side by stefan & the b. side by jan kees helms (@jan-kees-helms)
tape crash # 12 - stefan christoff

A meditative video on family and landscape. The work was filmed on expired film ends, without any effects, and features one young character. The film has no dialogue and travels from Grandes-Bergeronnes to Bonaventure to Percé (QC), capturing gentleness and grandeur.

A stream of consciousness in which layers, mistakes, and deterioration embrace leaps in thought. A dream during which the dreamer is aware that they are dreaming, perceived as a continuous flow of impulses.